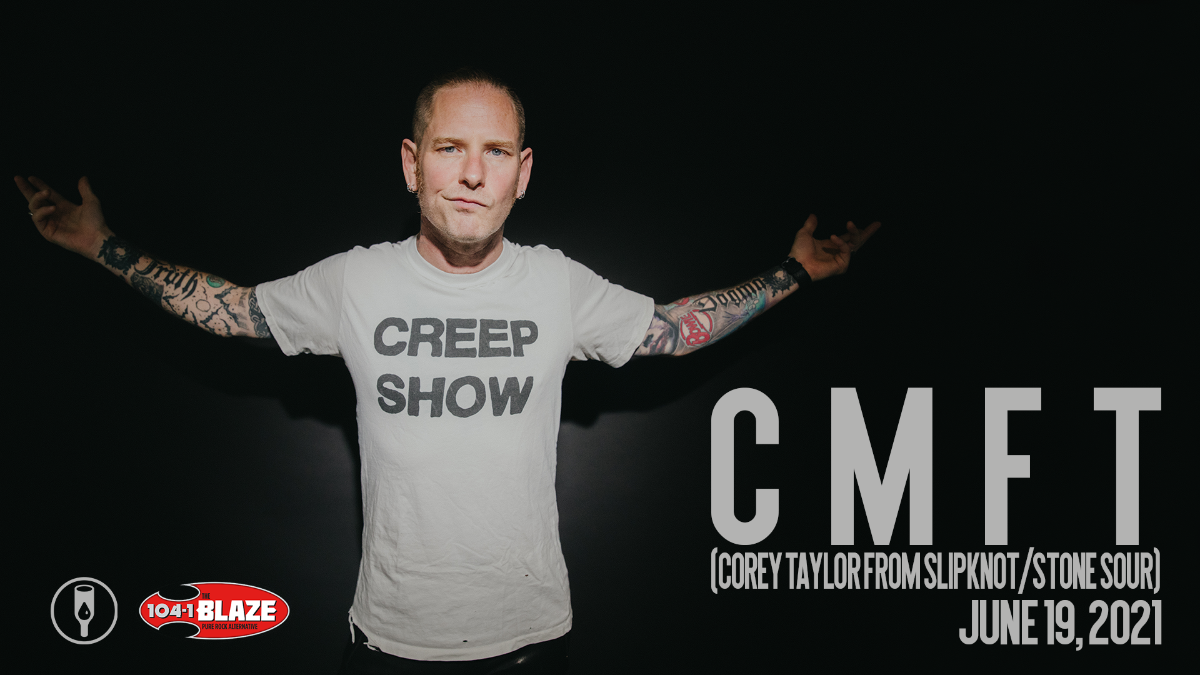 Uncompromising, unfiltered, and undeniable in any arena, Corey Taylor continues to impact culture as the frontman for both GRAMMY® Award-winning multi-platinum juggernaut Slipknot and platinum rock force Stone Sour. Taylor is a New York Times Best-Selling author as well as an actor with a myriad film and television credits. Impacting generations of fans and peers alike, his voice roars across six Slipknot albums which have rallied millions of fans across the globe. With two gold-certified albums and a platinum single, Stone Sour have notched five Top 10 debuts on the “Billboard 200” and garnered Loudwire’s “Rock Album of the Decade” for House of Gold & Bones — Part 1, which also spawned its own Dark Horse Comics graphic novel of the same name by Taylor.  His debut solo effort, CMFT, made history with the powerful single “Black Eyes Blue” reaching #1 at Active Rock Radio making Taylor the first artist in the history of the format to reach #1 with three separate projects, following chart-topping efforts from Slipknot and Stone Sour.  Taylor first crashed the New York Times Best Seller List with Seven Deadly Sins in 2011, occupying the chart for four weeks. He followed it up with three popular tomes: A Funny Thing Happened On The Way To Heaven [2013], You’re Making Me Hate You [2015], and America 51 [2017]. Meanwhile, his filmography encompasses Fear Clinic, Doctor Who, Officer Downe, and Sharknado 4. The rare renaissance man who can give a symposium at Oxford University and headline heavy music festivals around the globe, Taylor forever challenges culture to think, dream, and scream along with him. For more information visit www.thecoreytaylor.com