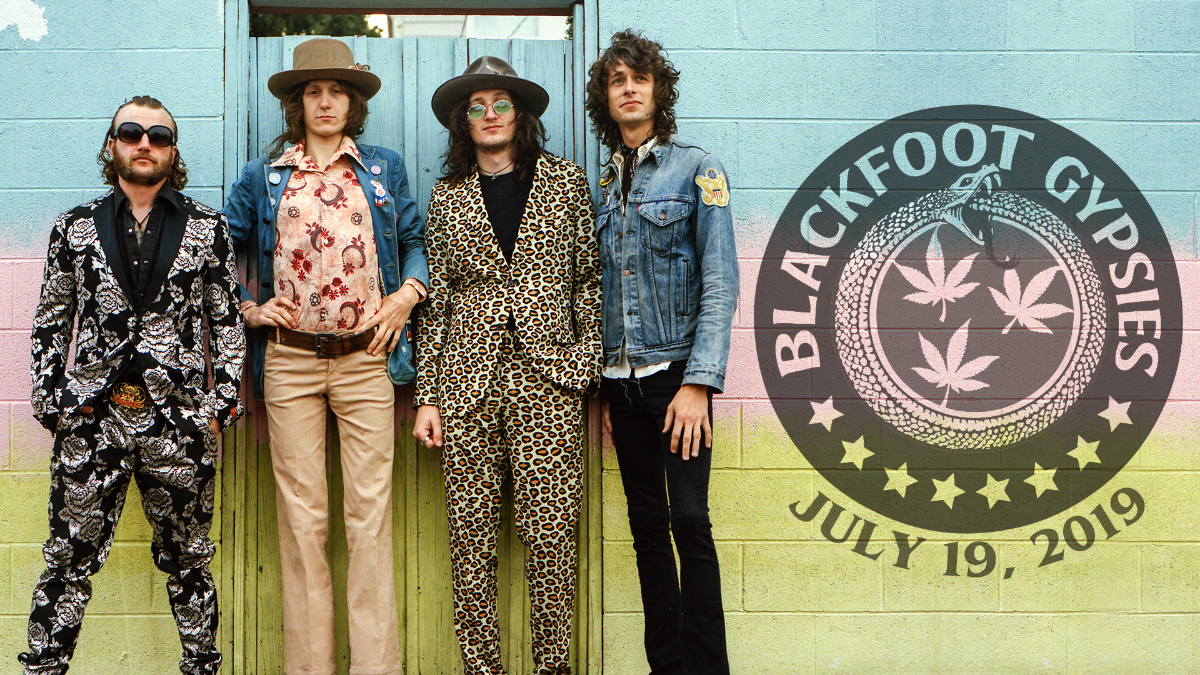 The Blackfoot Gypsies have unleashed a set of original roadhouse rockin' tunes with To the Top, on Plowboy Records. The Nashville, Tennessee based powerhouse quartet demonstrate raucous energy and soul on this collection delivering their take on white-knuckled rock'n'roll.

Across the 15 tracks of To the Top, the Blackfoot Gypsies fuse their influences -- swamp blues cool, downhome hillbilly funk and homegrown punk panache -- into a lean, mean machine invoking such classic musical malcontents as the Rolling Stones, the Faces and Mott the Hoople, while sparking and spitting 21st-century fire. It's the type of record that could only come from a band that learned to rock the old-fashioned way -- one sweaty, full-throttle live performance at a time.

The band's brew of rock, hillbilly and blues began in 2010 when Oregon native, guitarist and singer Matthew Paige moved to Nashville and hooked up with drummer and Music City native Zach Murphy. The pair wanted to form a full band, but the urge to rock could not wait.

"We were doing just what we wanted to do," Paige says, "but making enough noise to fill out the sound was a challenge. I started playing through two amps to make the most sound."

The pair spent the next two years building a reputation through raucous live performances and two self-released EPs, Blackfoot Gypsies (2010) and Dandee Cheeseball (2011), and their first LP, On the Loose (2012). Hard touring followed the album's release as the duo bashed across the US through hard-won club dates. After three years, they were ready to expand their sound.

"There's really only so much you can do with a two-piece," Murphy says. "You have to do everything in extreme. I think we were too much for some people -- just a violent onslaught of noise."

They soon completed their expanded line-up when bass player Dylan Whitlow and harmonica master extraordinaire Ollie Dogg arrived within weeks of each other. Whitlow, a Gettysburg, Pennsylvania native and a veteran of several Nashville rock bands, had crossed paths with Paige and Murphy before, but Nashville native Ollie Dogg was new to the rock 'n' roll scene. He was a longtime veteran of Nashville's blues community and a regular at many blues jams, but joining a band full time was a new experience.