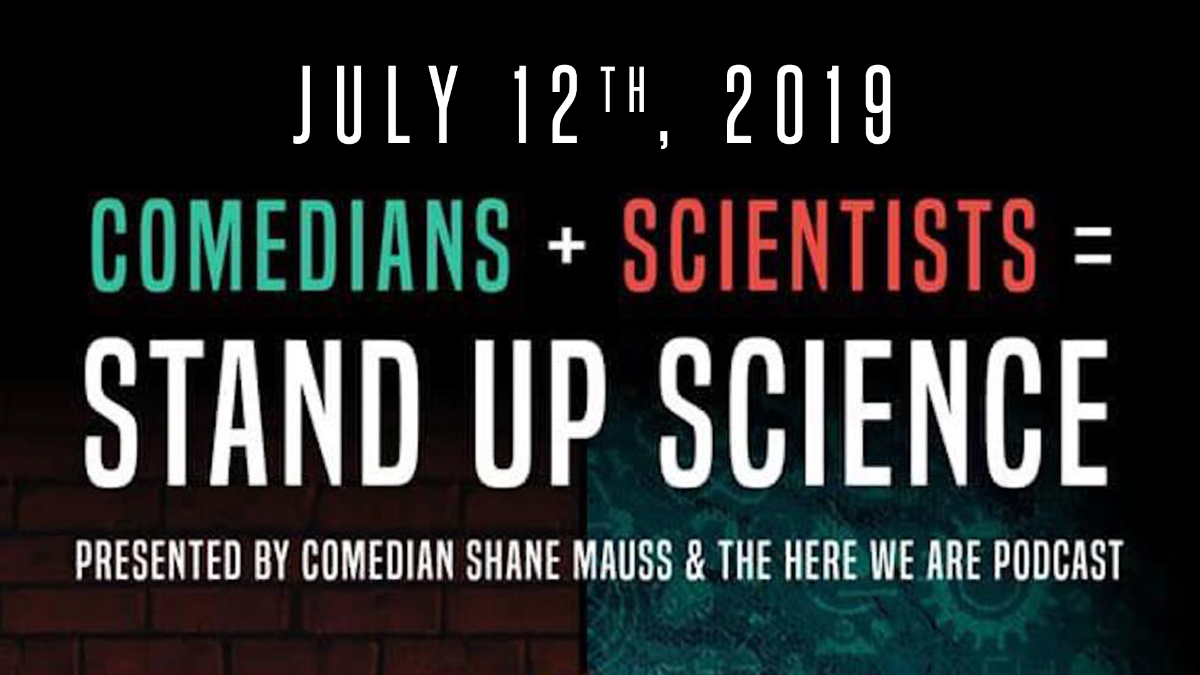 Award-winning stand-up comedian and science podcast host Shane Mauss presents Stand Up Science!
Learn and laugh as local scientists, comedians and other special guests join Shane to bring you an unforgettable 90 minute show that is equal parts ahas and hahas
Stand-up comedy and science have a lot in common. They both reveal truth, change our perceptions, and challenge the status quo. So why are they so underappreciated? Admittedly, comedy sometimes underestimates the intelligence of their audience, catering to the lowest common denominator. And science has the stigma of being overly complicated, unrelatable or boring. Until now.
Funnier and more provocative than TED Talks, while smarter than traditional stand-up comedy, Stand Up Science combines the best of both worlds. This thought-provoking night of laughs will leave you a little smarter, a little happier and send you home with plenty of fuel for your own conversations.

Originally from Wisconsin Shane Mauss caught his first break when he was awarded ‘Best Stand-Up” at The HBO US Comedy Arts Festival in 2007.  This led to his TV debut and first of five appearances on Conan.

Since that time he’s been on Jimmy Kimmel Showtime has had a Comedy Central Presents a Netflix special ‘Mating Season’ and most recently released an album inspired by breaking both of his feet in a hiking mishap called ‘My Big Break’ which spent time at #1 on the comedy iTunes charts.

Shane is a regular guest on popular podcasts such as You Made It Weird Bertcast WTF Duncan Trussell’s Family Hour TOFOP Crabfeast Never Not Funny and last year he started traveling around the country interviewing scientists about the meanings of life for his own podcast “Here We Are” which has a 5 star rating on iTunes.