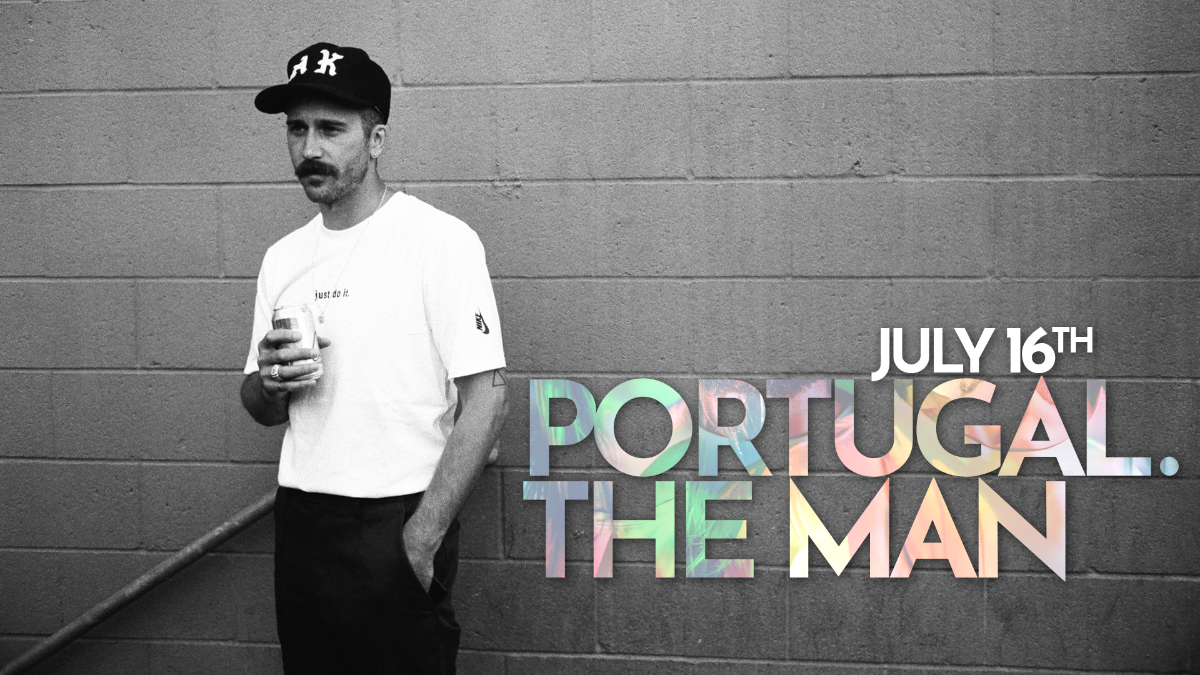 Everything You Need To Know About Portugal. The Man’s New Album.

Well, we’re two full months into 2017 and the world continues to burn like an avalanche of flaming biohazard material sliding down a mountain of used needles into a canyon full of rat feces. But hey, it’s not all bad: Portugal. The Man has a new album coming out called Woodstock.

PTM’s last album came out over three years ago—a long gap for a band who’ve dropped roughly an album a year since 2006. And in true, prolific band fashion, they’ve spent almost every minute since 2013 working on an album called Gloomin + Doomin. They created a shit-ton of individual songs, but as a whole, none of them hung together in a way that felt right. Then John Gourley, PTM’s lead singer, made a trip home to Wasilla, Alaska, (Home of Portugal. The Man’s biggest fan, Sarah Palin) and two things happened that completely changed the album’s trajectory.

First, John got some parental tough love from his old man, who called John on the proverbial carpet or dogsled or whatever you put people on when you want to yell at them in Alaska. “What’s taking so long to finish the album?” John’s dad said. “Isn’t that what bands do? Write songs and then put them out?” Like fathers and unlicensed therapists tend to do, John’s dad cut him deep. The whole thing started John thinking about why the band seemed to be stuck on a musical elliptical machine from hell and, more importantly, about how to get off of it.

Second, fate stuck its wiener in John’s ear again when he found his dad’s ticket stub from the original 1969 Woodstock music festival. It seems like a small thing, but talking to his dad about Woodstock ’69 knocked something loose in John’s head. He realized that, in the same tradition of bands from that era, Portugal. The Man needed to speak out about the world crumbling around them. With these two ideas converging, the band made a seemingly bat-shit-crazy decision: they took all of the work they had done for the three years prior and they threw it out.

It wasn’t easy and there was the constant threat that the band's record label might have them killed, but the totally insane decision paid off. With new, full-on, musical boners, the band went back to the studio—working with John Hill (In The Mountain In The Cloud), Danger Mouse (Evil Friends), Mike D (Everything Cool), and longtime collaborator Casey Bates (The one consistent producer since the first record). In this new-found creative territory, the album that became Woodstock rolled out naturally from there.