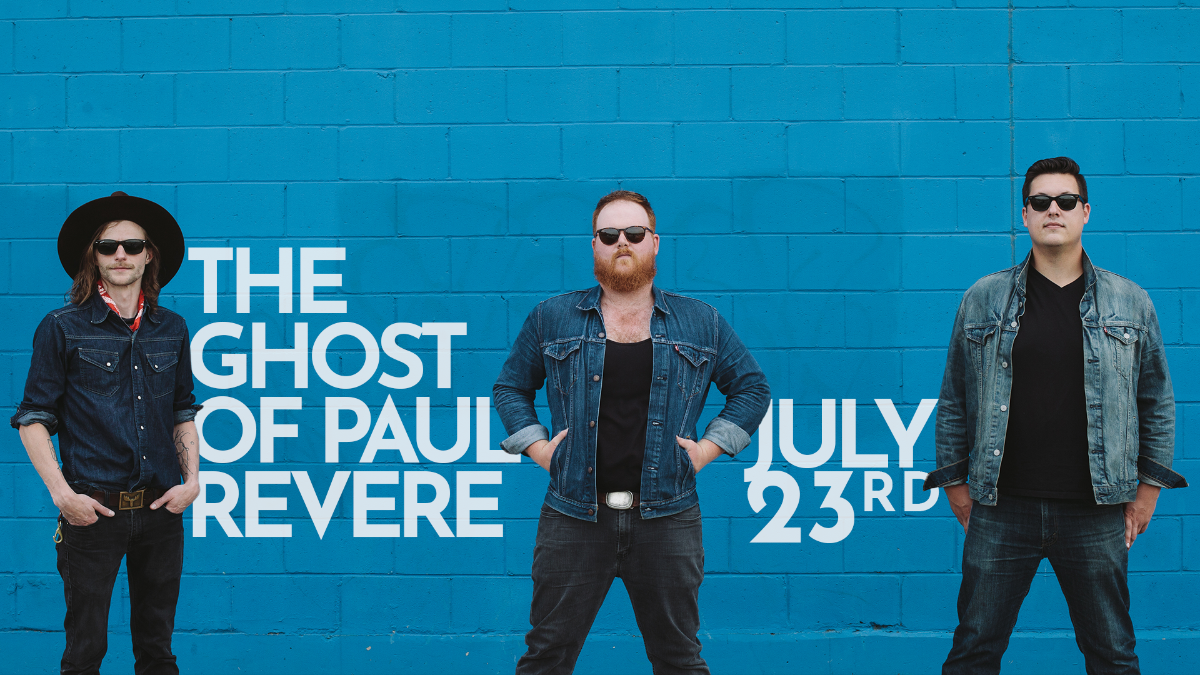 
"We grew up listening to Radiohead and the Beatles and Led Zeppelin and Pink Floyd," says Griffin Sherry, guitarist/singer in The Ghost Of Paul Revere. "Everyone assumed we were a bluegrass band because we were playing these traditional instruments, but we weren’t writing traditional music. We were just writing songs with the instruments we had."

The result is a sound that the Portland, Maine-based band describes as "holler folk," not because it involves a lot of hollering, per se, but because it invokes the rich communal tradition of field hollers, with their call-and-response melodies, sing-along hooks, and densely layered harmonies. That sense of musical camaraderie is essential to everything The Ghost of Paul Revere does, and nowhere is it more evident than their sophomore album, ''Monarch.'

The album builds on the success of the band's 2014 debut full-length, 'Believe,' and their 2015 EP, 'Field Notes Vol. 1,' which was recorded primarily in a single day at Converse's Rubber Tracks studio in Boston. The session was part of a prize package presented by the iconic Newport Folk Festival, which had invited the band to perform at the storied Rhode Island musical gathering earlier that year as part of a lineup featuring everyone from James Taylor and Jason Isbell to The Lone Bellow and Bela Fleck.

"The Monday before Newport we got a message saying to pack our bags and come on down," remembers Sherry. "We hadn't played much outside of Maine or started opening for any big acts yet at that point, and it was a hugely inspiring moment."

Word began to spread about the rowdy pickers from the north. The Boston Globe raved that they "create the type of music for which festivals are made," while No Depression said they "prove that superior roots music can come from anywhere," and Dispatch Magazine wrote that they possess not only "the chops, but the heart to reach their audience and leave an undeniable impression." Hitting listeners straight in the feelings has been the band's M.O. since its inception in 2011, and they've used their powerful stage show to convert the masses at every stop along their long and winding journey, which has included shared stages with artists like The Avett Brothers, The Travelin' McCourys, Brown Bird, The Revivalists, the Infamous Stringdusters, and more. The band sold out Port City Music Hall, Stone Mountain Arts Center, and the Strand Theater multiple times, won Best In Maine at the New England Music Awards, and capped off 2015 with an electrifying headline performance on New Year's Eve at Portland's State Theatre in front of 1,600 enraptured fans.

When it came time to record, 'Monarch,' though, the band knew they wanted to push the sonic envelope beyond the live-in-the-studio setup that had guided their previous efforts.
[more]