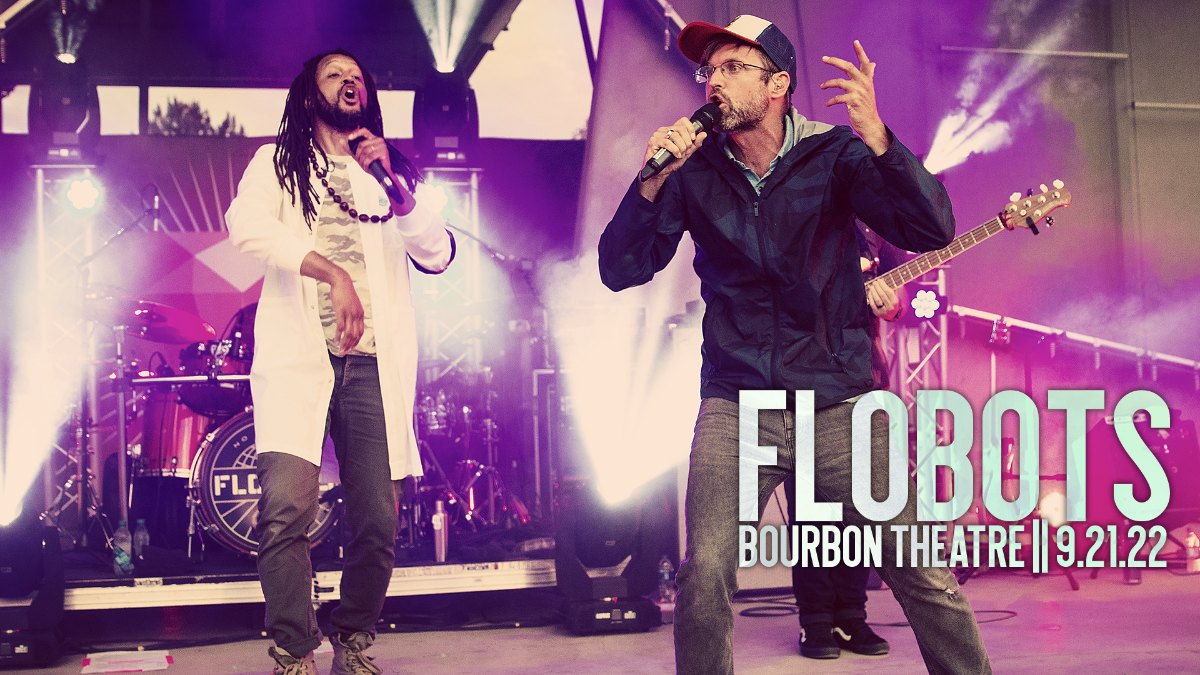 
Flobots are an alternative hip hop band from Denver, CO, who are on a mission to use their music as a tool to create community, conversation, and ignite the activist in all of us.

MC’s Jonny 5 and Brer Rabbit became friends in the fourth grade and bonded first over their love of comic books then hip hop. Flobots are best known for their blending of genres and lyrical landscapes, traversing topics of race, equality, democracy, and social justice.

Jonny 5 and Brer Rabbit met guitarist/vocalist Andy Rok in high school and became fast friends. While finishing their final year in college, Andy Rok recruited a number of Colorado musicians including Kenny O on drums to create an all-star backing band inspired by groups like The Roots. After playing their first show as a full-fledged band, they vowed to never perform with a backing CD track ever again and the rest is Flobots history.

In the 15+ years of being a platinum-selling band, touring the world, and founding the nonprofit Youth on Record, Flobots continue to invite us to imagine a world rooted in empathy, equality, and love using music as their superpower.