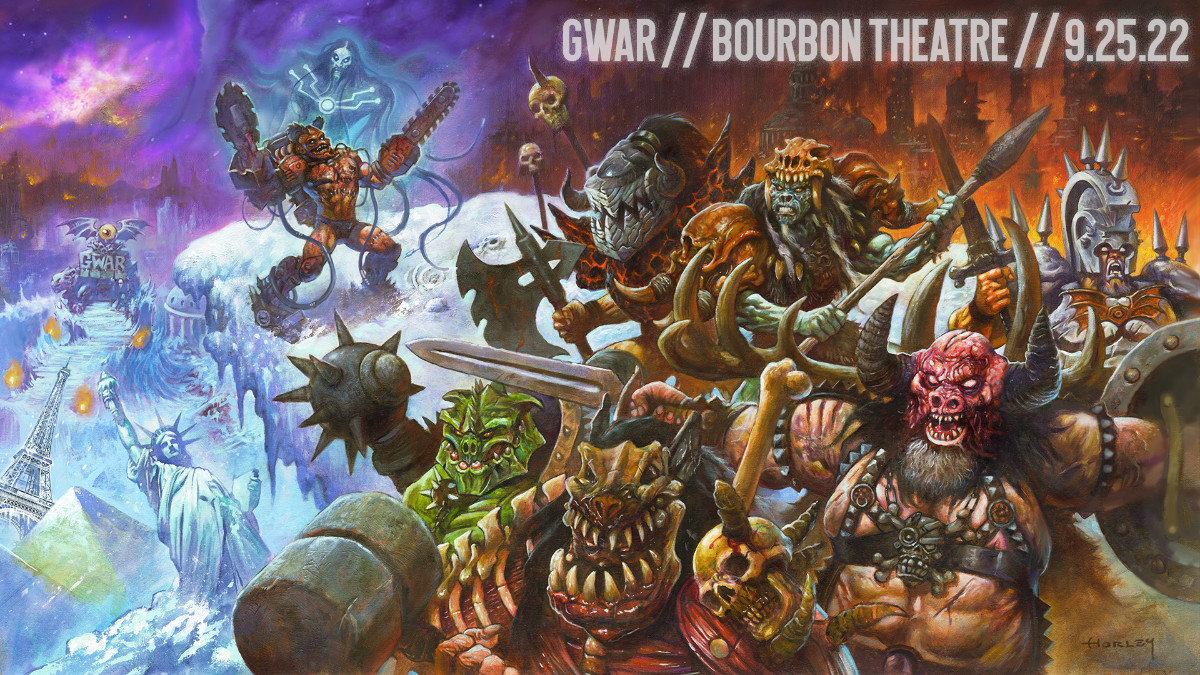 The story of GWAR is carved across the history of this hopeless planet, but GWARthemselves are not of this world…Their story begins far past Uranus, in the deepest reaches of space, where the beings known as GWAR were warriors in the Scumdogs of the Universe, an elite fighting force in the army of the Master of All Reality. But GWARproved too reckless and powerful, and after a series of tragic but hilarious blunders, they were banished to the furthest reaches of the galaxy, with orders to conquer an insignificant backwater prehistoric mudball known as the planet Earth. Once here, GWAR, the original Ancient Aliens, shaped the face of the globe, wiping out the dinosaurs, and mating with apes to create the human race. Having accidentally given rise to all human history, the Master of All Reality froze them in Antarctic ice where they could do no more harm. It was there they were discovered by a shady entrepreneur known as Sleazy P Martini, who sat the band down in front of professional wrestling, late-night horror movies, heavy metal music, and a steady diet of crack cocaine until GWAR became the cultural force they are today!