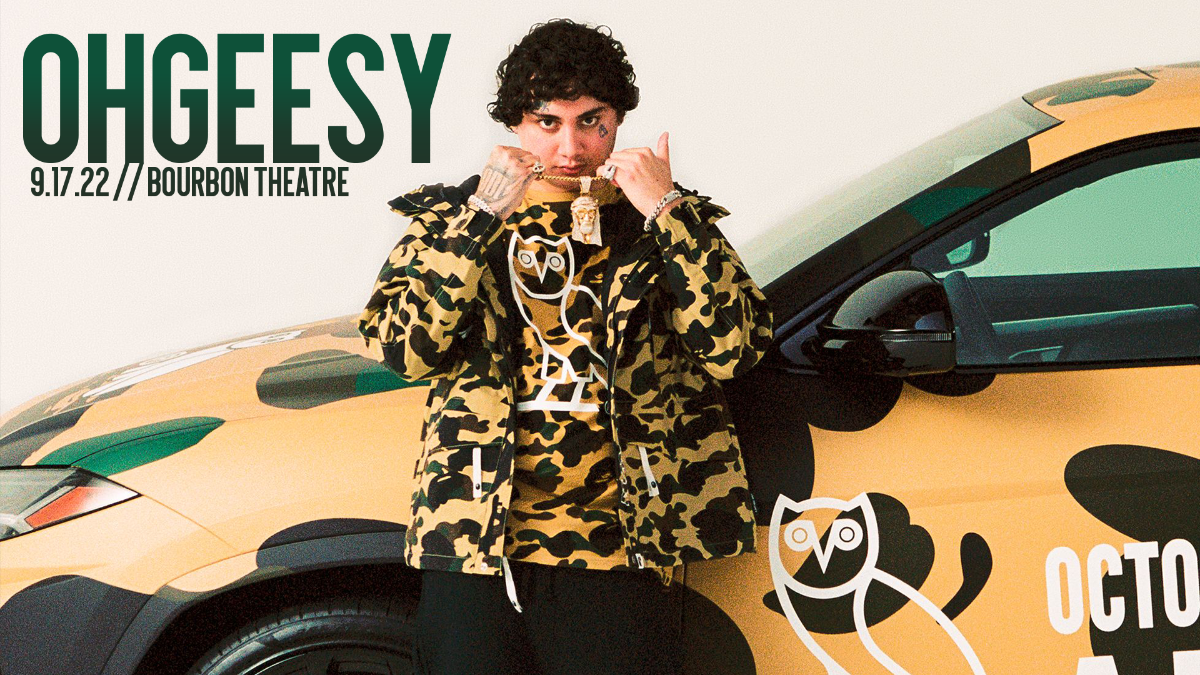 
Moving like a chess player, Ohgeesy maneuvers through hip-hop with clear intention, knowing exactly where he wants to go and how he'll get there. During childhood, the Los Angeles-born Mexican American immediately gravitated to hip-hop. His uncle possessed an impressive CD collection, boasting classics by everyone from UGK and Juicy J to LA legends like Dr. Dre and Snoop Dogg. In third grade, he even copied rap lyrics into his notebooks, predicting his fate. In 2017, he co-founded Shoreline Mafia. Within three years, the group picked up three platinum singles and two gold singles, gathered billions of streams, sold out one show after another, and earned acclaim from Pitchfork, The Fader, Forbes, The Washington Post, and Noisey, to name a few. By the dawn of the global pandemic, Ohgeesy's life had changed forever. He became a father, focused on "getting healthy," and he recorded more than ever before. Now, Ohgeesy asserts himself as an impactful and inimitable solo presence on the mic. His deft wordplay, head-nodding hooks, and undeniable swagger fuel his 2021 full-length debut GEEZYWORLD kickstarted by the first single "Get Fly" [feat. DaBaby].