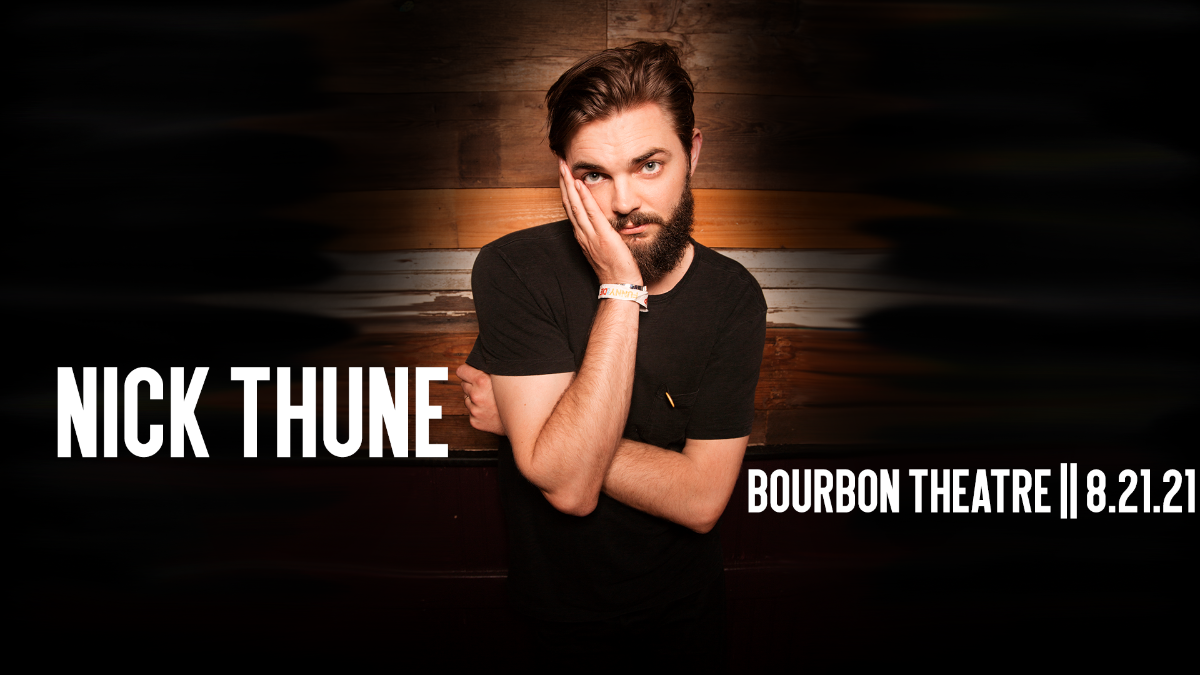 All tickets are seated; your seat will be chosen when you arrive to the venue for the show.

Nick Thune comedian / actor hails from the Great Northwest (Seattle) where he spent his early years growing up. Nick’s absurdest view and deadpan wit combined with the soothing lull of his guitar have distinguished his unique style of comedy. He has appeared on the Tonight Show 8 times and on each occasion he won. Nick has also appeared on Conan The Late Show w/ Jimmy Fallon and has his own Comedy Central Special.

Thick Noon Nick’s debut album was released on Comedy Central Records in 2010 and was included in amazon.com's "Best of 2010 Comedy Albums". Nick can be seen in Mike Judge’s movie “Extract” and the independent film “Highway 61 Re: Revisited” opposite Tobin Bell. Thune’s other film credits include “Spring Breakdown” and “Unaccompanied Minors”.

Nick has created two web series for Comedy Central "iThunes" and "NicksBigShow.com". Currently Nick is touring the country changing lives one joke at a time. For more information go to nickthune.com eyethune.com or twitter.com/nickthune.