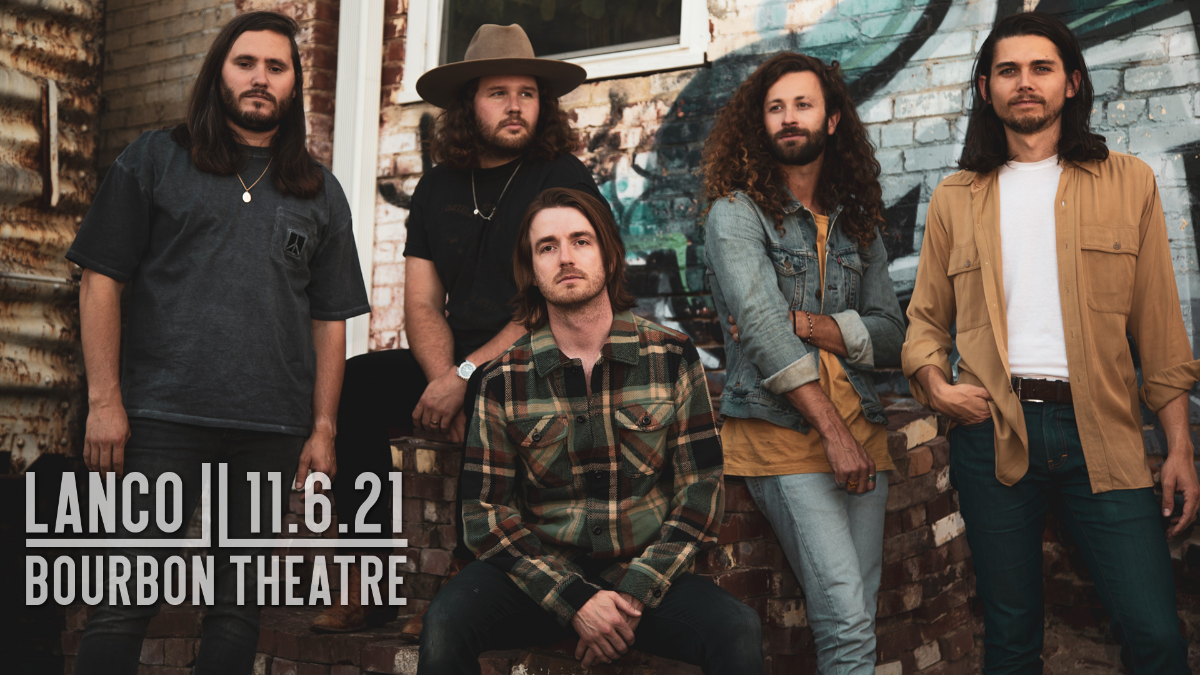 Multi-PLATINUM band LANCO is "at the top of their game" (Pitchfork) as they continue to reveal the story behind their record-breaking debut album HALLELUJAH NIGHTS. Its 2X PLATINUM multi-week No. One hit "Greatest Love Story” paved the course for acclaim with lead singer Brandon Lancaster becoming the first artist in 10 years to have a No. One on the chart solely written by that artist. LANCO also serves as the first Country group in a decade to appear at the top of the Billboard Country albums chart with a debut album, which now boasts over 423 million streams. Earning nominations this year from the ACM, CMT, CMA and American Music Awards, proves why they are the only Country band to achieve a PLATINUM single prior to a debut album release. The “arena-rock leaning band” (Entertainment Weekly) has rapidly created a loyal fanbase over the past five years with more than 400 shows as the featured act with sold-out club runs in major markets such as New York City, Chicago and Los Angeles. The band will close out 2018 with their first-ever headlining run, the HALLELUJAH NIGHTS TOUR, launching in Columbia, MO at The Blue Note on Oct. 24th with Travis Denning.

Dylan Schneider is already writing and performing powerfully-gripping material that shows a talent well-beyond his young age.  From discovering his connection to music early-on in life, he’s continued to blossom as one of today’s most exciting future-stars of the country music scene and puts genuine heart & soul, hard-work, and real-emotion into every song.

The reaction to Dylan’s music has been incredibly strong and supportive since the launch of his career and it grows rapidly by the day.  Through his constant interaction with fans online through social-media, massive hit-counts on viral-videos and a serious dedication to becoming the best version of himself that he can be, Dylan Schneider is proving that an authentic love of the craft can lead to outstanding and extraordinary results.

After breaking-out locally within his hometown in Terre Haute, Indiana, Dylan began to make trips to Nashville to write and record brand-new music for his debut EP, coming out officially on August 19th, 2016.  With the lead-single “You Heard Wrong” released on July 29th – the smooth writing & sound of Dylan’s original music and modern-day Country-style is sure to make an impact with people of all-ages through its sincere melody and catchy, rhythmic-hooks.

What started out as a boy with big dreams playing seniors residences and local biker bars has turned into a lifelong love and obsession with music.  Writing relatable material that people can genuinely connect to, sing-along with and be proud to turn-up on their stereos – the potential of Dylan Schneider is limitless – and with the amount of sincere emotion, heart & soul he puts into his music, his time may have come early, but he’s proving his time is truly now.